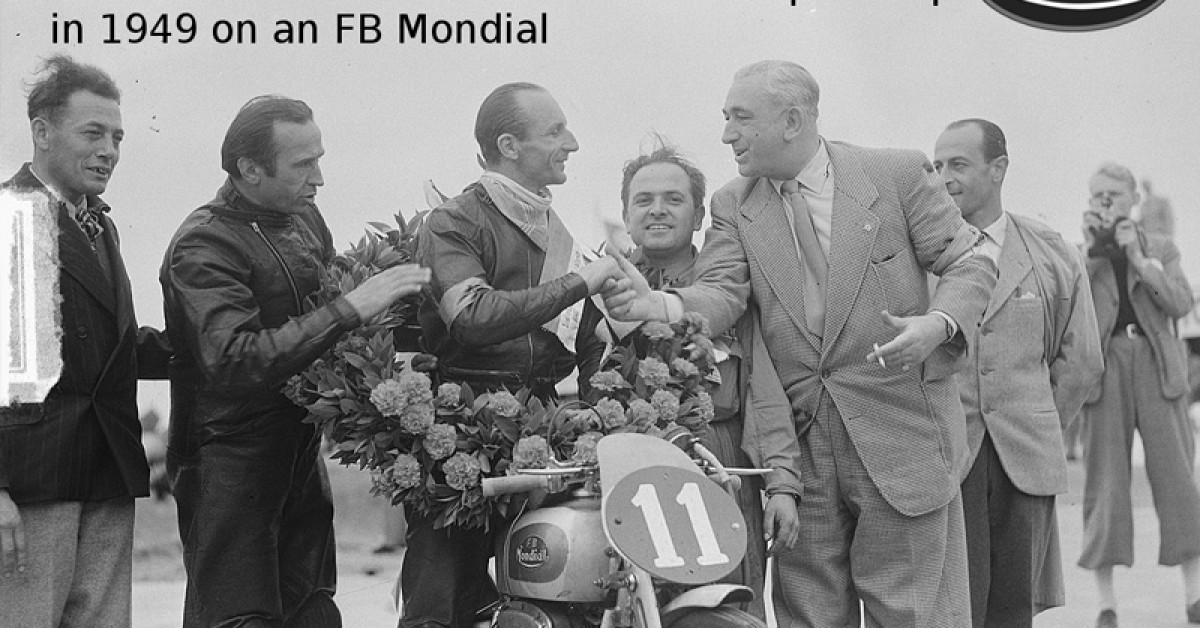 On the annual pilgrimage to the EICMA motorcycle show in Milan, we expect to see some new models from just about every manufacturer. We saw the New Twins from Royal Enfield as well as a surprise KX bobber Concept that draws inspiration from a 1930s Model. Suzuki have brought back the Katana Name, SYM dropped the covers on a 500cc Twin Cylinder Maxi Scooter & FB Mondial showed us what they got!

First Up was a 125 Flat Track, drawing inspiration from the Sport popular since the 1920's, especially in America where many a Grand Prix rider like Kenny Roberts got their start in racing and took the skills required for Flat Tracking to the next level not to mention World Titles. Styling that is undeniably Retro but bursting with thoroughly modern technology.

Then the first look at a proper production ready Pagani 1948 125cc, Again like the Flat Track there is a firm eye on history, in this case it recalls the glory days of Mondial when winning World Championships was a yearly occurance, stood taking in the full faired elegance of the bike you could almost hear the roar of the crowd cheering Nello Pagani accross the line under a exitedly flourished Chequered flag bringing home the first ever 125cc World Championship & with it the Constructors championship.

After these 2 how do you get an existing model some attention? Well by far the brightest machine on the stand at the show was the 2019 Yellow & Black HPS 125, as if one of the most visually appealing small cc bikes around needed help getting noticed, but here in all its wasp like appearance was the bike that 'Got it going' again for FB Mondial, we look forward to receiving all of these at some point in the coming season, stay tuned for more on these as we get it.

The Last of the road legal 125cc dirt bikes

and its sooner than you may think!
read more
15 Sep
Written by Bobby Beck